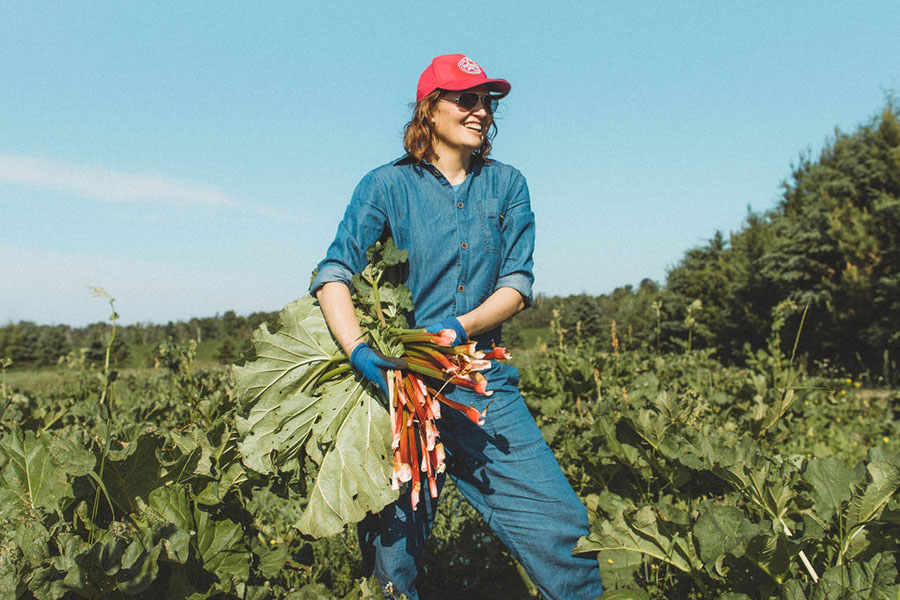 As June stretched into summer, we woke up early to meet the instigators of Folie Douce in Bromont. An activity that certainly does not meet the challenge, but rather filled us with excitement at the thought of walking in a field of rhubarb. It is only 7:30 as we are going along Chemin Darcy, a street parallel to Pierre Laporte, toward the huge field that runs along our hosts’ Christophe and Anne-Laure Boucher’s family home. 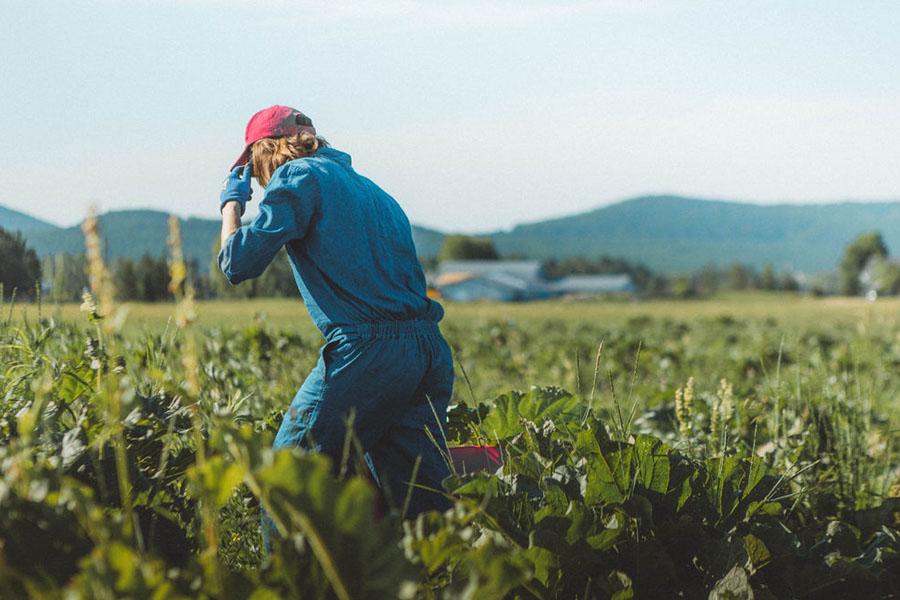 Despite the time, the sun is already out and is drying out the last drops of dew that have formed on the sea of green leaves that spread out throughout the horizon. Our two rhubarb producers are wearing the most beautiful field clothing that we have ever seen: a jumpsuit similar to what you would see worn by a mechanic or a garage owner, however their jumpsuits are denim ones as well as a scarlet red cap which reminds us of the colour of rhubarb. A simple and efficient ensemble for the work they do all day and that gives them a certain sense of style. Close to them, we can see a small discrete silhouette, that of their son, a quiet child who despite his young age does not need to be begged to put in some work and proudly participates in the tasks like his parents. 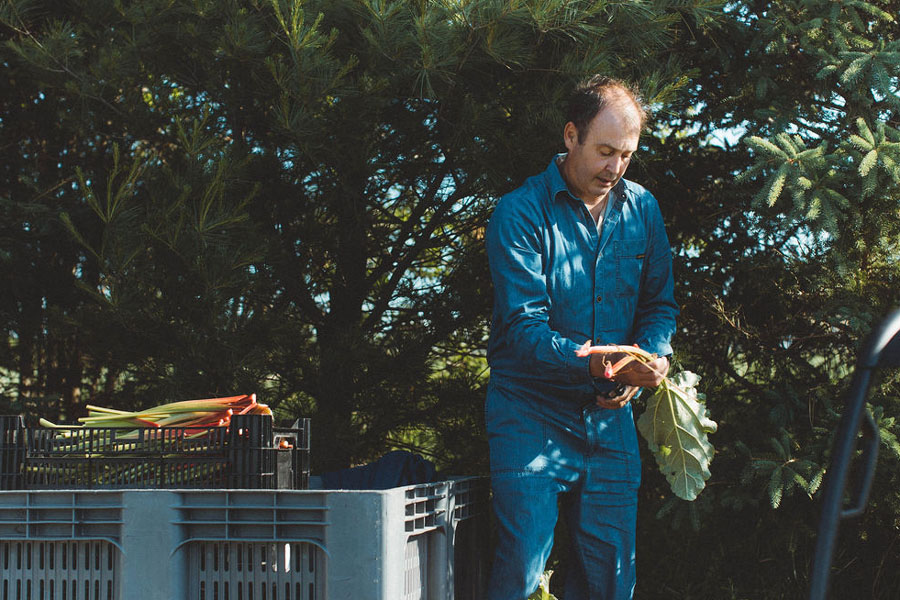 Anne-Laure and Christophe guide us to the middle of their magnificent rhubarb field to harvest a few rhubarb leaves and teach us the rudiments of their profession, of which they created top to bottom. At the helm of practically all the steps in the production process from preparing the fields, harvesting, transforming the product to its distribution Anne-Laure and Christophe are what you could call true aficionados. 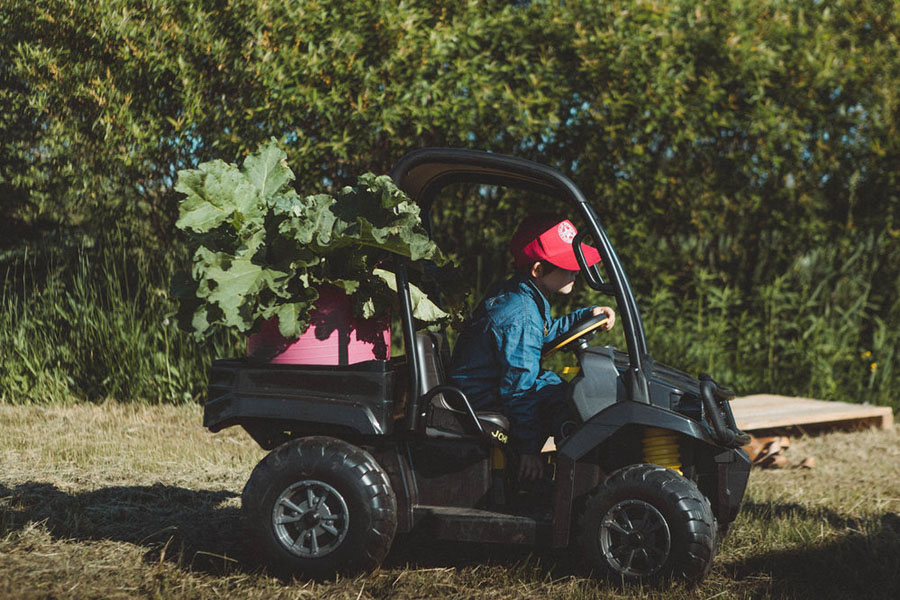 Managing every step as such, our rhubarb lovers must be a little everywhere at the same time. While Anne-Laure is walking through the field to harvest several kilos of rhubarb Christophe is at the stem pre-cleaning station, a makeshift station on a wooden pallet outside and the little guy, much like a satellite orbits between the two transporting loads of rhubarb from his mother to his father using a small motorised vehicle. The rhubarb’s harvest unfolds calmly almost meditatively under the watchful eye of Anne -Laure who chooses mature stems over the ones that will need to spend a little more time under the sun before being harvested. Under the typical huge leaves hide thousands of stems ranging in colour from acid green to bright red and various shades in-between. 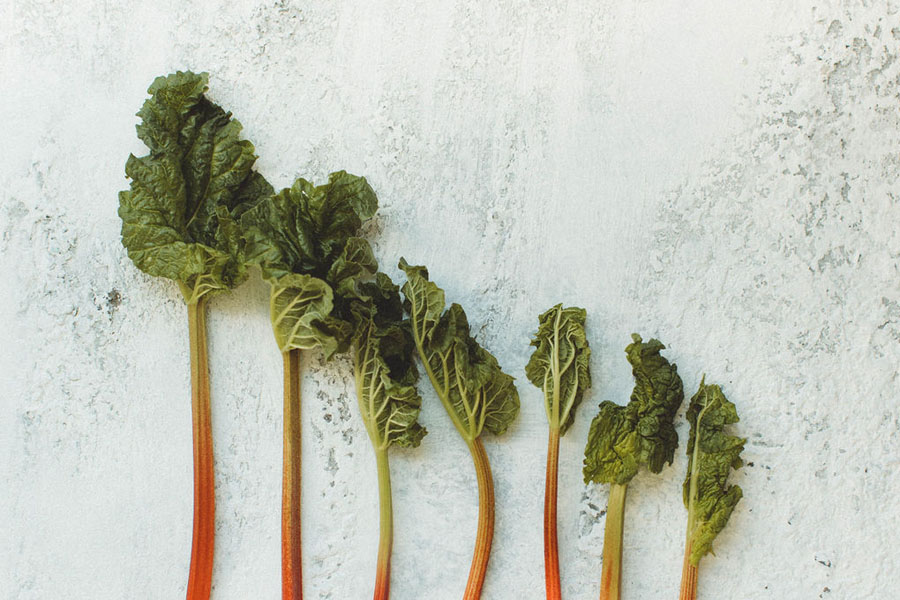 Originally settled in France, at the foot of the Alps in the Savoy region, Anne-Laure and Christophe arrived in Québec in 2015 with the wild project of finding the perfect land to accommodate their home, the rhubarb field, along with a space for the transformation and production of their various products. Their production is not limited to the delicious rhubarb juice, it also includes ketchup, jam, and compotes. Even though, rhubarb is technically a vegetable, its distinctive tart flavour flourishes into an array of wonderfully soft and complex flavour when prepared in a sweet version. Underneath its candy colour, rhubarb additionally hides a wide range of vitamins, minerals, and antioxidants. Whether fresh, juiced or in jam form, rhubarb absolutely deserves a place in your kitchen! 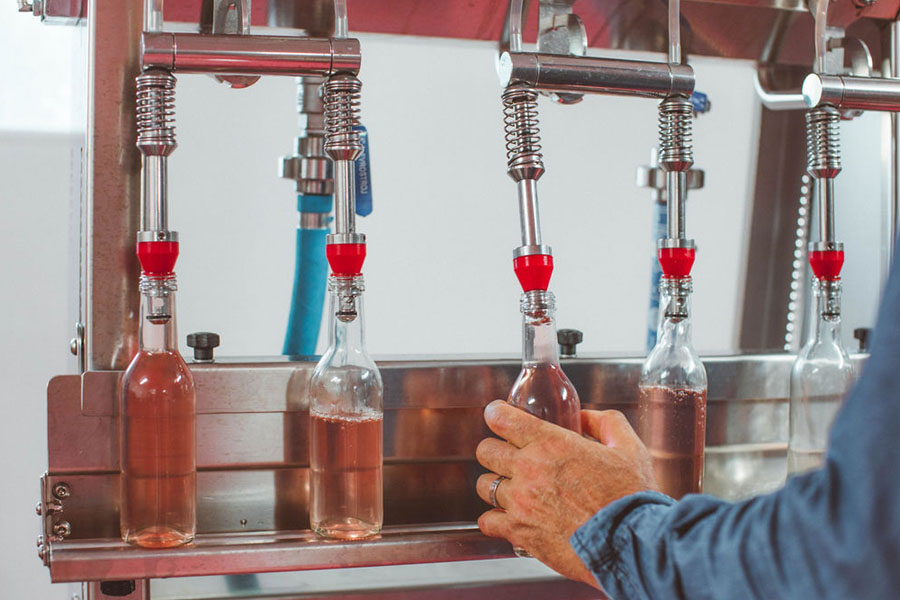 Anne-Laure and Christophe’s vision has always been to grow their business, all the while making sure to preserve proximity to the land because that is what resonates with them.

At the end of our visit, after only a few hours, Anne-Laure and Christophe managed to produce hundreds of bottles of rhubarb juice destined for sale at a local market the next day. The Folie Douce products can thus be found in markets, grocery stores and specialty shops throughout the Eastern Townships and in Montréal. 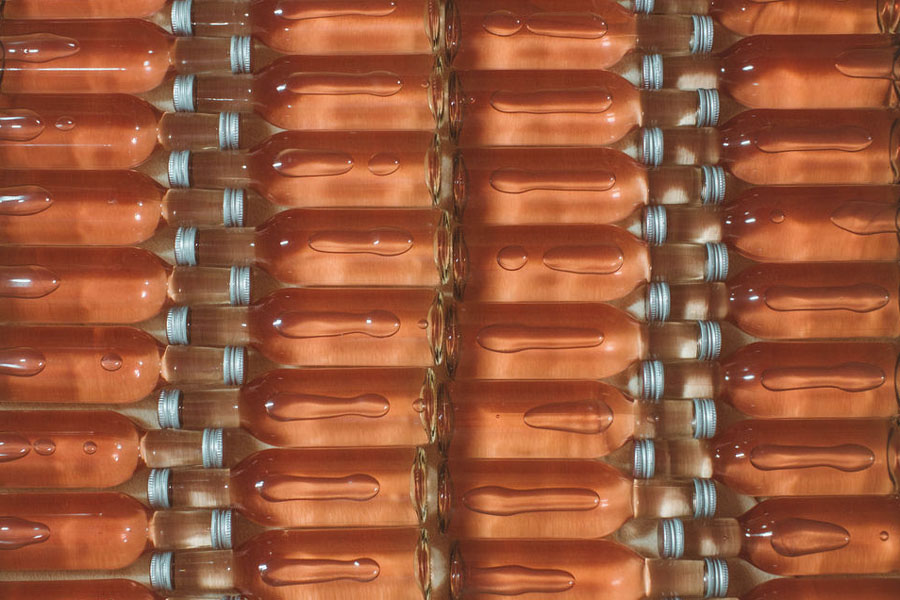